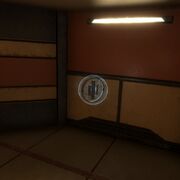 Audio logs are unique powerups which immediately play an audio clip. If an audio sequence is already playing, either from a scripted event or another audio log, it will be queued and automatically play after completion. In the Cronus Frontier campaign, these powerups are only used to convey the plot, and do not grant hints or gameplay advantages. During playback, the HUD displays the speaker's name, the date of the recording, and a transcript. In the Cronus Frontier campaign, each level contains between six and eleven audio logs recorded by a single character in that location. Audio logs emit a faint white light to increase visibility.

Audio logs may be located anywhere in a level, including inside auto-ops which drop upon destruction. The order of audio logs is scripted; the powerups can be picked up in any order but will always play the the level's logs in the same sequence. Audio logs can be replayed from the pause menu under View Stats.

These are transcripts of audio logs for each level in scripted order.

The Alien levels do not contain audio logs.

Ymirus does not contain audio logs.